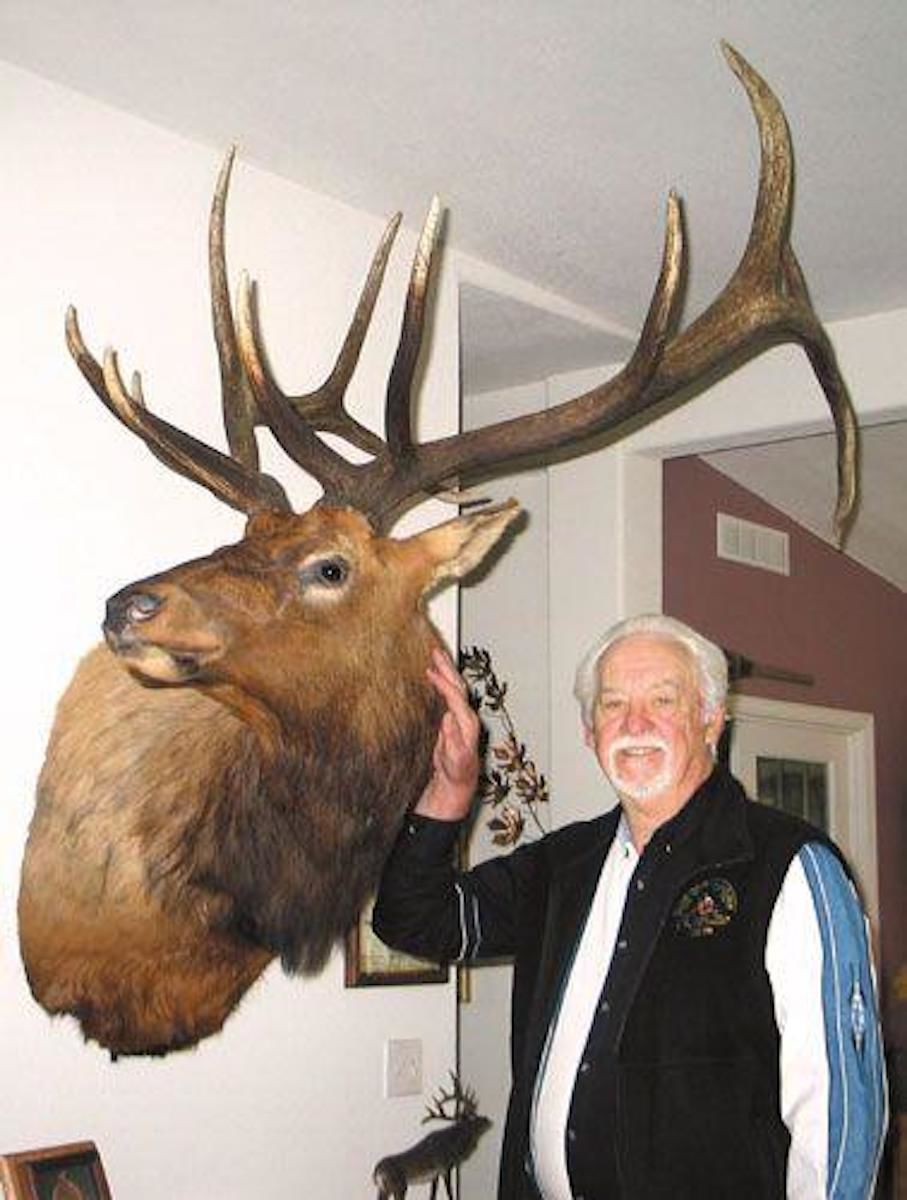 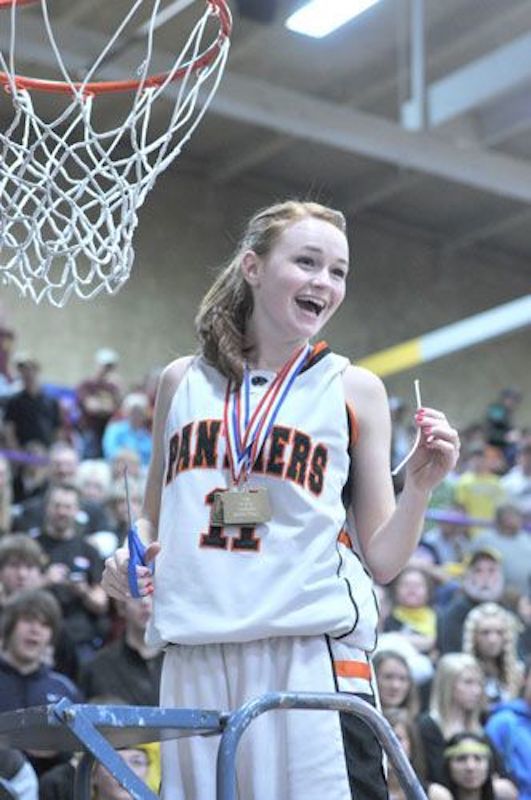 Imbler's Reva West cuts off a piece of the net following a 66-37 win over Griswold in the 2010 Class 1A State Championship basketball game. 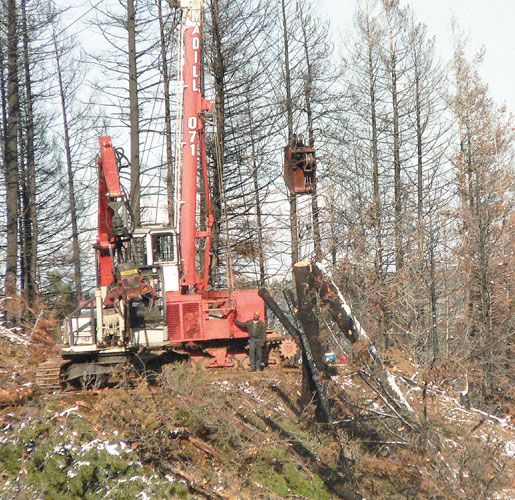 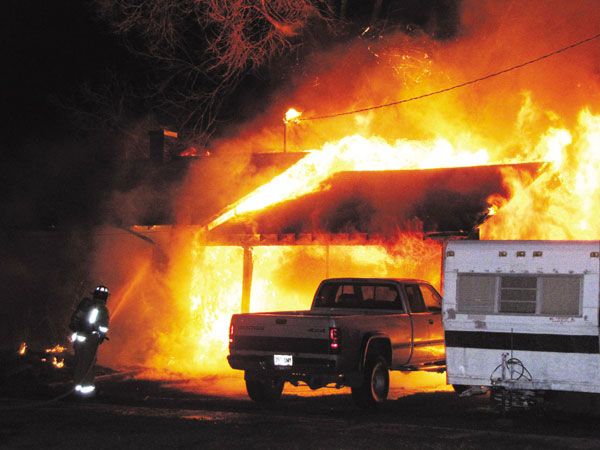 Fire the night of Monday, Jan. 11, 2010, consumes the La Grande home at 2502 Ash St. Three men saved the four children inside. Firefighters worked to control the blaze, which totally destroyed the home.

Time was not on the side of Dick Veenhuizen, but fate was.

The Union resident was nearing the end of a 20-day hunt in November 2010 near Yakima, Washington. He and his son-in-law, Jake Emerick of Yakima, had been hunting 18 straight days without spotting a single elk after seeing three the first day.

"We were pretty discouraged," Veenhuizen said at the time.

Then, the morning of Nov. 4, it appeared — a bull elk that would define Veenhuizen's hunting legacy.

He first fired from 374 yards, hitting the elk in the leg. Veenhuizen found the wounded bull minutes later in sagebrush and then dispatched him with another shot.

Veenhuizen did a double take when he took his first close look at the elk.

"I knew it was a good bull, but it was a lot bigger than I thought," he said.

It was bigger than possibly any bull taken in Washington, Oregon, Montana or Idaho in 2010 based on the results of the Head and Horns competition run in part by Northwest Big Game Inc.

Veenhuizen won the category for Rocky Mountain elk taken in Washington, Oregon, Idaho and Montana with a rifle. His elk scored 372 5/8 points and became the 14th largest ever taken with a rifle in Washington, according to Northwest Big Game Inc.

At 81, Veenhuizen said he planned to keep hunting as long as he was healthy.

The Wallowa County Museum in Joseph, operating in a building from 1883, received an $80,000 grant from the Murdock Charitable Trust and $24,000 from the Collin Foundation. The Friends of the Museum, which owns the building, in October 2010 met its fundraising goal of $238,000, allowing the organization to move forward with expanding and improving the museum, including the creation of a fireproof archive room for rare photos, deeds and journals.

Jeri and Jay Mackley of La Grande forged ahead in September 2010 with their plans for a recreation center in the town, beginning with remodeling the former Elks Lodge. The couple renamed it the Maridell Center and planned to house an ice skating rink, laser tag arena, mini-golf course, snack bar, pool tables and more.

"La Grande needs a wholesome place where young and old alike can go to socialize and have fun," Jeri Mackley said. "This gaping hole in our beautiful little town, made larger by the recent loss of The Rock Bowling and Family Fun Center, will soon be filled."

The Mackleys planned to raise some money for future improvements by moving their well-known Halloween event, the Night Fright Haunted House, to the center. Guests at the elaborate Halloween attraction are led through a maze and encounter a spooky atmosphere and all kinds of frightening creatures. Last October in Union, the Haunted House pulled in nearly 3,000 visitors, according to Mackley.

A quest many years in the making came to a fitting end at the 2010 Class 1A State basketball championship.

"Having already done it in volleyball, it feels even more amazing," Poe said at the time. “Basketball is completely different. We've been playing together since the fourth grade.… This is something we've all been dreaming about since we first picked up a basketball."

This was a rivalry in the making for years, with the Panthers defeating the Grizzlies the last two seasons for the state volleyball title.

The center, within the Forest Service fire center at the Union County Airport, La Grande, provides dispatching services for wildland fire incidents in Northeast Oregon, Southeast Washington, the Pacific Northwest and the nation. Its primary area of responsibility covers the Wallowa-Whitman and Umatilla national forests.

Co-located with the Forest Service's fire cache and air tanker base on Downs Road, the dispatch center focuses on reporting and tracking fires, and processing orders for aircraft, equipment, crews and crew leaders and supplies.

Until last year, dispatch and the fire cache were situated in an aging building along Pierce Road on the other side of the airport. The Forest Service needed more room for its fire operations and began working with Union County on plans for a new building. That led to a joint Wallowa-Whitman-Umatilla national forest dispatching operation.

Mike Moore of Joseph was arrested Aug. 16, 2010, and charged with first-degree theft and theft by deception while serving as the secretary/treasurer of the Joseph Fire Department.

Tom Clevenger, fire chief at the time, said when another firefighter was elected to the secretary/treasurer position in June, Moore did not turn over the check register and receipts nor other records and stopped attending fire meetings. Clevenger said when he discovered invoices indicating purchases of a television and a hand-held programmable radio, he started digging.

That led to the department suspending Moore in July. Clevenger said he eventually found more than $1,750 in suspicious purchases made between December 2008 and June 2010. The department dropped Moore, and Clevenger handed evidence to the Wallowa County Sheriff's Office, leading to the arrest.

The 2009 Big Sheep Ridge in the Eagle Cap Wilderness burned 2,000 acres. The following year, logging contractor Mike Wiedeman of Enterprise and his crew were able to salvage some of the timber on state lands.

Wiedeman's crew used skyline equipment to haul logs up the steep slopes of the burned area. Due to the terrain, a team of two sawyers cut the trees while a rigging crew of seven brought the logs to the landing. The operation required building a temporary road. Mary DeAguero, then Eagle Cap District ranger, said the road would be rehabbed after the timber harvest.

The Big Sheep Ridge Fire broke out Aug. 30, 2009, and burned 200 acres over the course of a month. Full suppression efforts were initiated Sept. 29 after a windstorm pushed the fire to 2,000 acres and outside of the Eagle Cap Wilderness boundary.

Talk of salvage logging the area began shortly after the fire was out. Because the timber would lose most if not all of its value if not logged by 2010, the Forest Service used the Categorical Exclusion option of the National Environmental Policy Act to push the sale through.

Cummings was piloting a green single-engine 1952 Bonanza V Tail from Walla Walla, Washington, to Enterprise when the crash occurred. A Civil Air Patrol crew flying over Umatilla County found the wreckage Nov. 15 near Indian Lake about 34 miles southeast of Pendleton.

Tom Groat, then the tribal emergency management coordinator, said a volunteer firefighter and a wildlife police officer from the reservation were the first personnel at the crash site.

Cummings left Walla Walla Regional Airport at 9:30 a.m. Nov. 14 and was reported missing that evening. According to Federal Aviation Administration reports, the plane dropped off radar at 10:30 a.m. Cummings' last transmission indicated he was losing altitude at the rate of 2,600 feet per minute.

Cummings, his wife, Marjorie, and two children moved to Wallowa County in 2001 when the couple bought the dental practice of the late Dr. Bryce Moffit after his retirement. Groat said it was his understanding Cummings was selling his property in Enterprise and was moving to the Walla Walla area.

La Grande senior police officer Jason Hays the night of Aug. 13, 2010, responded to a report of an assault at a home at 1102 O Ave. Hays arrived and encountered Cody Wyatt Williams, who was armed with a shotgun.

Hays shot and killed Williams. He was 22.

Then Union County District Attorney Tim Thompson cleared Hays of any wrongdoing less than two weeks later. The shotgun Williams had was not loaded, Thompson said, but Williams refused to put the gun down and swung the barrel in the direction of the officer.

1 — Man runs into burning building to save grandchild

Jim Smith risked his life to save his grandchild from a raging fire.

The night of Jan. 11, 2010, Shane Hubble happened to be out on the sidewalk when he smelled smoke and noticed a glow on the wall of a travel trailer parked in the driveway of the home at 2502 Ash St. Realizing the house was on fire, Hubble pounded on the front door, yelling an alarm.

Steven Lane, who lives in the house with Crystal Voyles and their four children, came outside, then he and Hubble plunged in to get the children. Voyles was visiting her mother at the time of the fire.

Steven Lane and Hubble rushed through flames and rescued 2-year-old Alexis and 4-year-old Austin. Seven-year-old Ashley Lane broke a window out and escaped the house herself. She had been sleeping on the main floor.

But the fourth child, Aaden, 6, had been sleeping in the basement and still was inside.

Smith, the children's grandfather, was asleep in the travel trailer when the fire broke out. When he learned Aaden was trapped in the fire, he entered the house through the carport, which was fully engulfed. He found Aaden, wrapped him in a jacket and brought him out the same way.

Then La Grande Fire Chief Bruce Weimer at the time said one of the children suffered a burn to a hand, but other than that, they were not hurt. Steven Lane suffered burns but refused medical treatment.

Smith, 50, was burned on his back, shoulders, arms, head and face. He was transported first to Grande Ronde Hospital, then flown to Legacy Emanuel Medical Center, Portland. The morning following the fire, he was stable.

"Papa's our hero today," said Barbara Hicks, Smith's daughter-in-law. "We're praying he gets to come home today, but tomorrow will be all right if that's the way it is."

Voyles said she was is grateful for the heroic actions that saved her children.

"Papa Jim is our hero, and so are Steven and Shane. If Shane hadn't discovered the fire and done what he did, my children would be gone," she said.

The fire destroyed the home, carport and all contents. Weimer said the fire department responded with two engines, a ladder truck, an ambulance, a command vehicle and 19 personnel.

"It took us a good 45 minutes to an hour to get the fire under control," Weimer said. "With the wind blowing and the extent of the fire, it was difficult to fight."