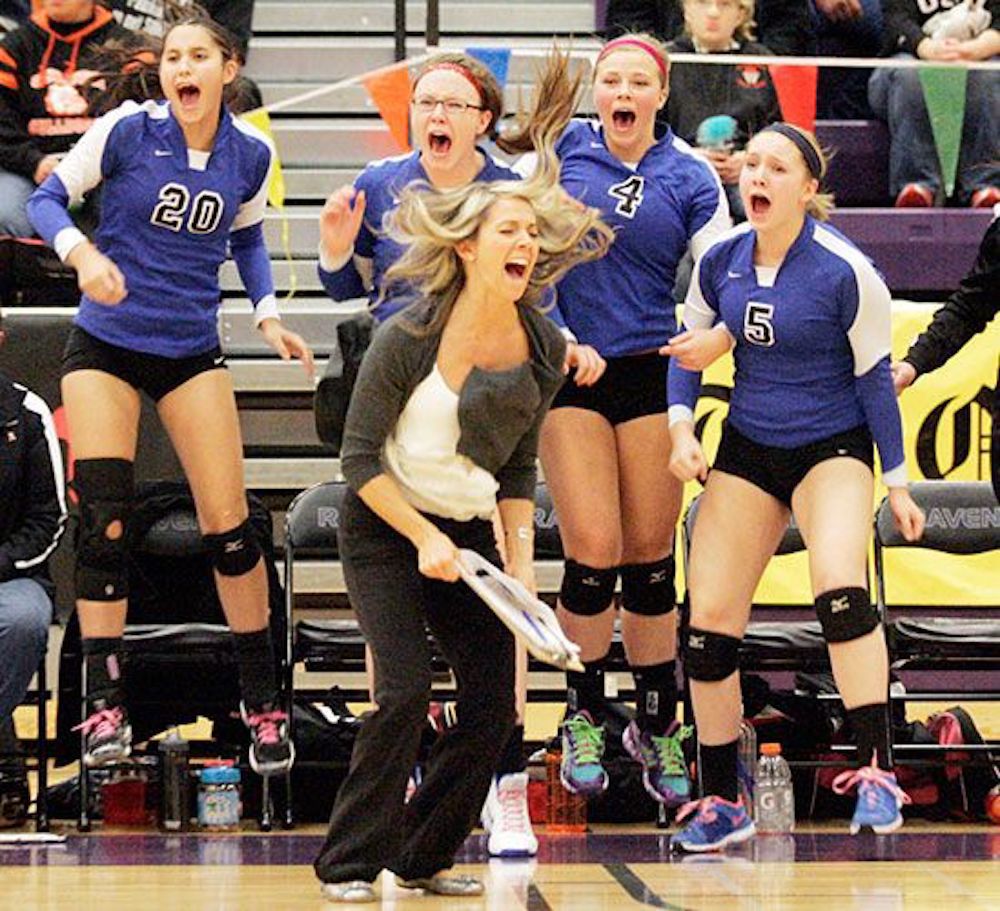 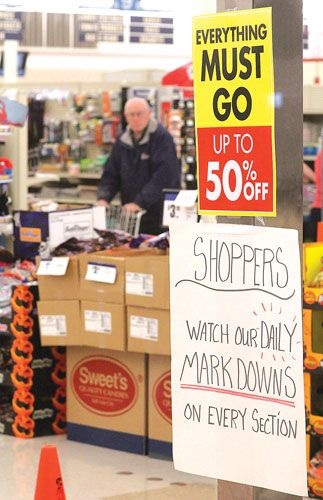 A shopper looks for bargains in 2012 as Albertson's final days of operation in La Grande wind down. 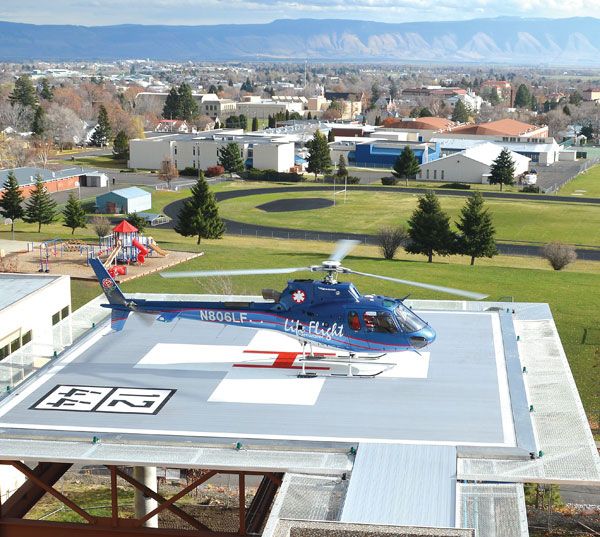 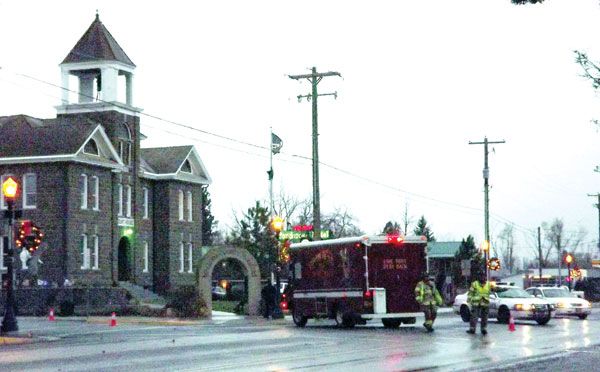 Brianna Louden of Cove had to keep mum for a couple of months about her experience on the TV game show "The Price is Right.”

Louden was one of 10 contestants chosen from a studio audience of about 300 to take the stage and compete in the show, which was recorded on Oct. 25, 2012, in Los Angeles. But it did not air until December. Show officials encouraged contestants not to discuss their winnings until the program airs.

"I will finally be able to reveal answers to all of the questions people have been asking me,” Louden said at the time.

Louden won prizes and several thousand dollars on the long-running show in which contestants win for correctly guessing the prices of items ranging from cars to appliances and much more.

She credited her success on the iconic TV program to help she received from the six family family members who were in the audience — her mother, Donna Louden of Cove; aunts, Ginger Pineiro of Colorado and Liz Lyons of Orange County, California; and cousins, Brandy Buffmac of Colorado and Kelly Parker of Orange County. They advised her via cues on what price guesses to make.

The Cache Creek Fire on the Wallowa-Whitman National Forest began in August 2012 and quickly grew to 20,000 acres.

Smokejumpers from Grangeville, Idaho, came in to battle the wildfire, as did members of the Sled Springs helicopter rappelers crew out of the Wallowa Valley District. Forest Service and Oregon Department of Forestry fire engines worked to protect the Jim Creek Ranch near the southern end of the fire. Hand crews and bulldozers built a fire line in conjunction with helicopter support.

The fire burned almost 74,000 acres before crews in early September contained it.

Eastern Oregon University opened Zabel Hall in 1974, the same year the first microchip pocket electronic calculator hit the market. But the facility would not get a makeover until 2012.

The $6.4 million project expanded classrooms, added a computer lab and created alcoves along the side of hallways where students could mingle and study in comfort. The work also gave the concrete bunker-like structure a brighter and livelier look.

Zabel was the latest of the university’s buildings to undergo dramatic renovations. The inside of Pierce Library was undergoing an $8 million upgrade, the old Ackerman gym had been transformed the previous summer, and seven years before Badgley Hall's interior underwent a major alteration.

Funding for the Zabel project came from Legislature-approved bonds and money from the Oregon Department of Energy to help make the building more energy efficient.

The third time was a charm for the Powder Valley High School Lady Badgers volleyball team in its run for the 2012 state title. The team lost the previous two years in the Class 1A finals but in 2012 prevailed in a thrilling 3-2 come-from-behind victory over the Imbler Panthers to win state.

Ali Abrego, then a senior on the team, said this at the time: "After getting here twice and coming up short and then finally making it back to win it all is the greatest feeling ever.”

She and teammate Jessica Pedro also earned the honors of the OSAA All State Tournament First Team Award.

“This was our goal at the beginning of the season and we wanted it so bad,” Pedro said. “It's definitely the highlight of my career."

Imbler marked the start of the 2012 school year with the opening of the new Imbler Elementary School.

Construction of the building started in the fall of 2011 after school district voters overwhelmingly approved a $4 million bond for the school's construction in September 2010. Imbler kindergarten teacher Audrey Cant at the time said the new building speaks volumes about how much people in the community support education.

Tanner Crook, then a fifth-grader in Imbler, said, "It is new, fresh and awesome. It is pretty cool.”

The new school replaced aging structures, including the old red elementary building that blocked the view of Mt. Harris. The new design allowed the mountain to be a prominent part of the scenic backdrop of the campus.

Albertson’s in October 2012 shut down its supermarket in La Grande. The store was a key partner in Community Connection's program to feed the hungry, and the closure came when the demand on area food pantries increases.

Carmen Gentry, Community Connection's food bank manager for Union, Wallowa, Baker and Grant counties, said then the program “is a vital one where we rescue products from local grocery stores and keep good food from going to the landfill. Albertson's was dedicated to the program and will be significantly missed."

Four years after the Great Recession of 2008, food box distribution increased 41% in Oregon. The Food Bank Network distributed about 350,000 more food boxes annually than it did before the recession, according to Gentry. She said her agency distributed 17,580 emergency food boxes the last fiscal year, a 7% increase over the previous year.

Grande Ronde Hospital in May 2012 began construction of a $1.2 million helistop. That November, the hospital transported its first patient from the pad.

Building the helistop fulfilled a need at the hospital to provide better care to critical patients. The rapid response for transport of certain cardiac, stroke and trauma patients significantly improve their medical outcomes.

Cove High School built one of the largest public school greenhouses in Northeast Oregon. Hunter Reddington, a junior at the school in 2012, was in large part responsible for the big greenhouse. He took on the task as his senior project.

A wave of bomb threats rolled across Oregon the afternoon of Nov. 19, 2012. The threats targeted 28 county courthouse facilities including those in Wallowa, Union and Baker counties.

The Oregon State Police said calls were placed to courthouse facilities across the state beginning about 2:30 p.m. Those calls prompted evacuations at 22 of the locations so law enforcement personnel could search buildings and grounds for suspicious objects. In every instance, the calls were a hoax. Police found no explosives. But the alarm they cased was real.

Union County's bomb threat came at 2:40 p.m. Sheriff Boyd Rasmussen, who led the operation to secure the Union County campus along K Avenue in La Grande, said the caller told the county clerk's office there were bombs in county offices and they would blow soon.

State police reported the wave of bomb threats appeared to be similar to multiple reports of threats received in Washington State Nov. 15 and in Nebraska on Nov. 2.

John Stover's rocky term as mayor of Elgin came to an abrupt end Sept. 25, 2012, as he tendered his resignation.

Stover gave no reason for the move and did not speak to Observer reporters.

Stover's two-year term would have expired at the end of the year. He won in November 2010 and was target of a recall attempt in February 2012. The recall, organized by a group known as the Elgin Political Action Committee, stemmed from outrage over the Aug. 1, 2011, shooting of Richard Shafer by Elgin police officer Erik Kilpatrick.

Shafer died in the shooting. A Union County grand jury ruled the shooting justified under Oregon law, but in a series of meetings following the incident, many Elgin residents complained about Kilpatrick's actions and also said the city council's oversight of the police department was not up to standards. Stover survived the recall bid by 12 votes.