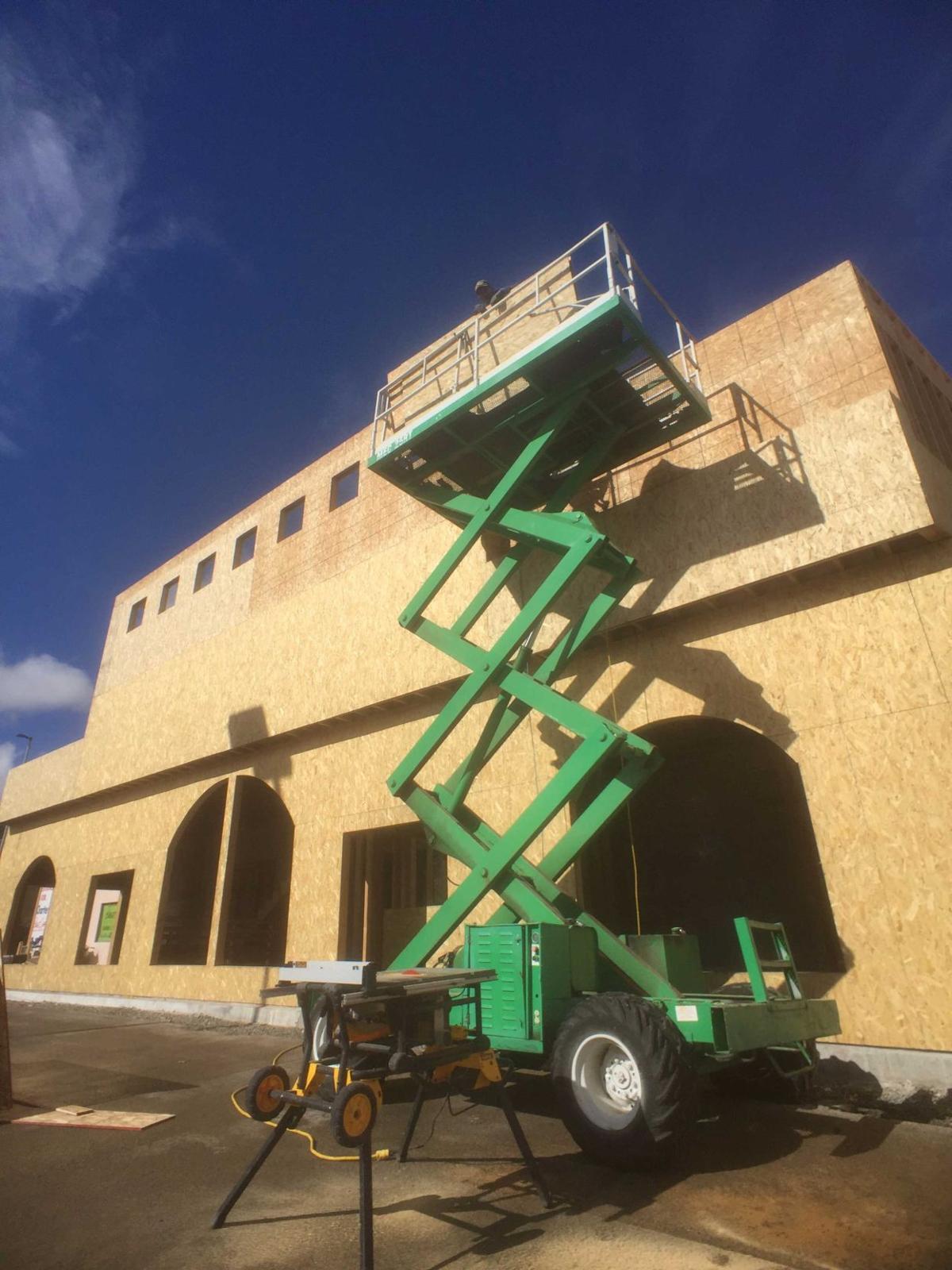 Market Place Family Foods, La Grande, readies to open in 2016 after years of planning and construction. 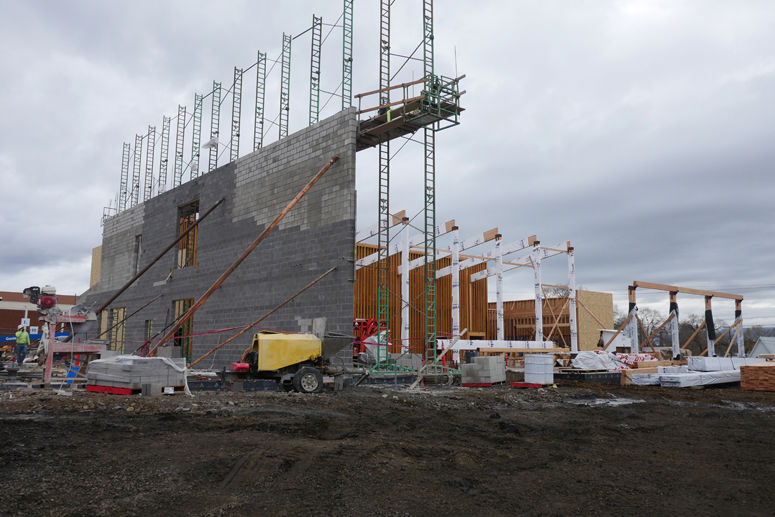 Work for the new Central Elementary School building at Second Street and H Avenue, La Grande, is in progress in this photo from November 2016. 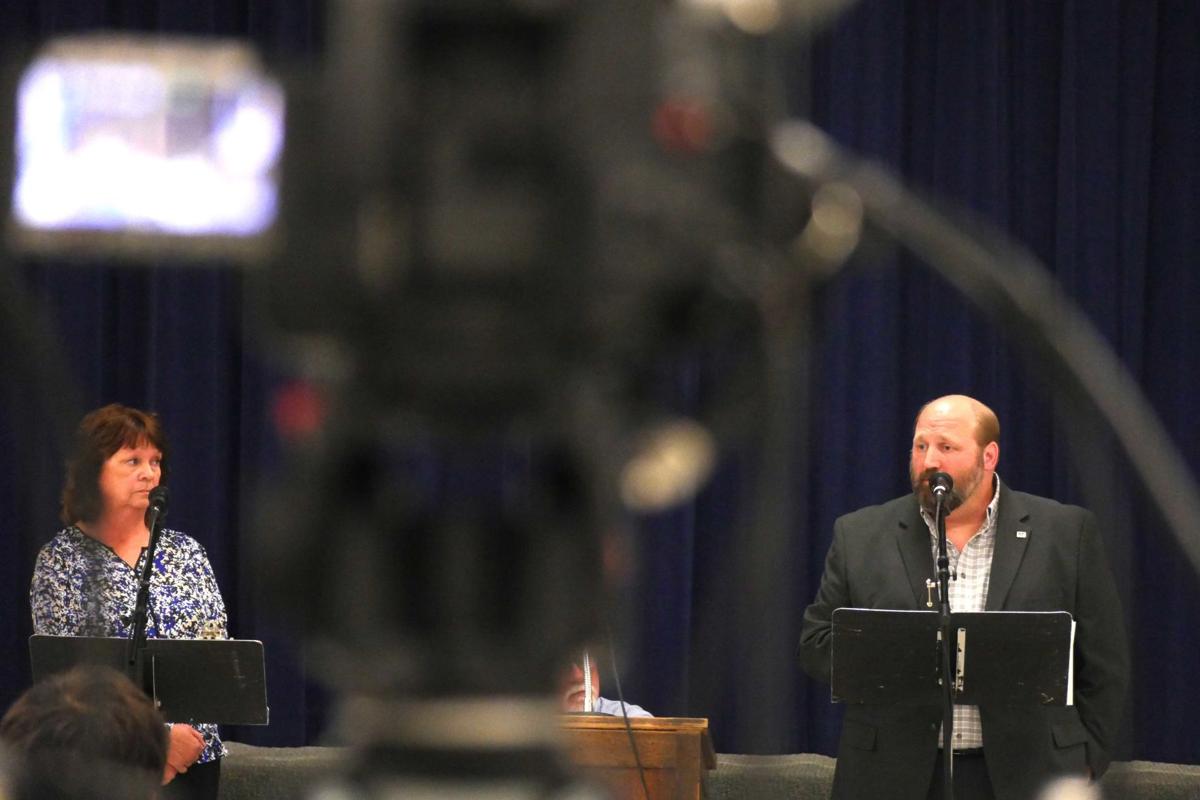 An evening crash in April 2016 on Interstate 84 3 miles west of La Grande resulted in the death of Hanna Doig-Cashell of La Grande. She was 18.

Two others, also from La Grande, suffered serious injuries in the crash.

Doig-Cashell was a passenger in the 2008 Toyota Solara that was traveling east. Alexis Browning, 18, was the other passenger, and Melissa Book, 19, was the driver. Oregon State Police reported the Solara lost control when trying to pass another vehicle and rolled onto the shoulder of the road.

The store had a subdued opening, and grocery store manager Troy Berglund reported that was no accident.

“The first few hours (and) days, you just want to make sure all the wheels are on and everything’s working properly before you go ahead and start throwing a party,” he said.

The development team earlier in the year had eyed a summer opening, but Berglund said the construction and renovation took longer than anticipated, so the opening was moved to the fall once all the licenses and approvals to serve the public were secured.

La Grande Mayor Steve Clements apologized in February 2016 for the way he responded to a document he had received from five of the seven city councilors.

The document listed nine topics, from city employee job descriptions to the city’s audit process, as possible topics to discuss at the council’s annual retreat, which sets the city manager’s priorities for the coming year.

Clements was concerned the letter could constitute a quorum. Once four or more councilors gather to discuss city business, it becomes a public meeting under Oregon law. Clements proposed to have the Oregon Department of Justice investigate, then backed off that move and dropped the inquiry.

A ski tour of the Wallowa Mountains turned tragic in March 2016 when a Joseph man died of injuries he suffered in an avalanche.

Kip Rand, 29 and the director of the Wallowa Avalanche Center, and a friend were on a ski tour of Sacajawea Peak, the Hurwall Divide and Chief Joseph Mountain when a large cornice break swept Rand 1,200 feet down a narrow chute.

According to the Wallowa County Sheriff’s Office, Rand’s ski partner, Ben Vandenbos, did everything he could to save Rand, even reviving him with CPR and moving him to a safe spot and building a snow cave and a fire. Bad weather, however, prevented rescuers from getting to Rand before he died.

Groundbreaking for the construction of La Grande’s Central Elementary School began in May 2016 at Second Street and H Avenue. The $14.1 million school, funded by a massive school bond, replaced the aging Central that was in poor condition.

Union County dedicated its new courthouse in March 2016. Getting there took moving through a number of obstacles. The project cost about $2.84 million, the county reported.

The county received an unprecedented $2 million in funding from the state to construct the facility. The 15,329-square-foot building at 1105 K Ave., La Grande, houses two courtrooms and office space for administration, judges and support staff. The new building does not include space for county departments.

A grassroots organization, Union County Citizens for Good Government, introduced the term limit proposal in the May 2016 primary. The group argued a career politician is not what the county needs and term limits will get more people involved in the local politics.

The Mountaineers football team achieved an eight-game winning streak and qualified for the National Association of Intercollegiate Athletics playoffs for the first time. The team won its first playoff game as well and advanced as far as the semifinals.

The team knocked off No. 2 Southern Oregon University in the season opener and defeated No. 1 Marian in the playoffs. The team ended with 10 wins, a program record, and hit the No. 4 ranking in the NAIA postseason coaches poll, the highest mark in program history.

Eastern's volleyball team won its third consecutive Cascade Collegiate Conference regular-season title and later the CCC tournament, a first for the program. The team had a 19-match winning streak early in the season and later won 13 in a row. Eastern finished with a record of 32-3, the best in the history of the program, and advanced to the quarterfinals in the NAIA national tournament, matching its deepest run ever. The team also spent the entire season in the top 10 of the NAIA coaches’ poll and ended at No. 6, tied for its best ranking in team history.

Donna Beverage unseated incumbent Mark Davidson to win position 3 on the Union County Board of Commissioners in the November 2016 general election. She walked away with the victory with 66% of the vote to Davidson’s 33%.

Beverage, a Union County native, filed for the position in January and was one of six candidates in the primary. She said she would focus on transparency and learning as much as she could about the position. She stayed on that platform throughout the campaign.

Police arrested two La Grande High School students and placed them in juvenile custody on charges of conspiracy to commit murder after making a threat to shoot students at the school in April 2016.

La Grande Police Chief Brian Harvey said secondhand information from school staff about the students possibly harming others led to the arrests of the 14-year-old and 15-year-old students.

The 15-year-old took a deal in November and pleaded guilty to a pair of first-degree disorderly conduct charges, one a Class C felony, the second a Class A misdemeanor. The state sentenced him to the custody of the Oregon Youth Authority for a period not to extend beyond Nov. 1, 2022, or beyond when he turns 25.

The case of the co-defendant remained in juvenile court.